To test DCIR:  According to the different current I1, I2 under the voltage changes U1, U2 to calculate the internal resistance.

To avoid the acquisition point of a single collection of the rising edge of the recording point, you can select any point on the curve. When calculating the DCIR in the charge or discharge pulse step, the user can freely select any data of any step as the sampling point. 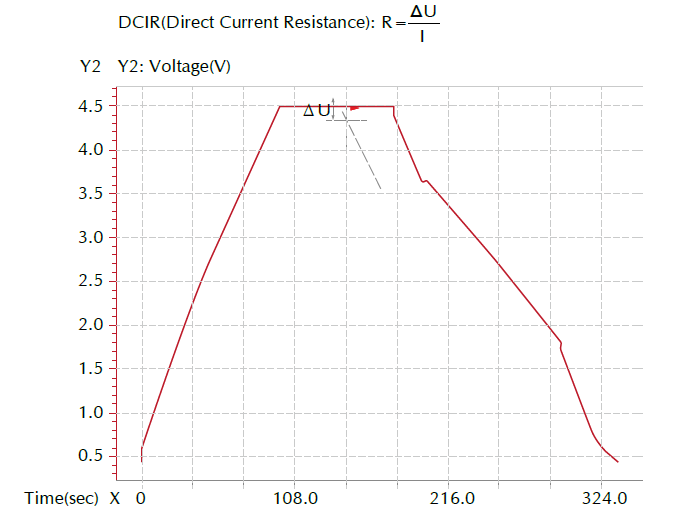 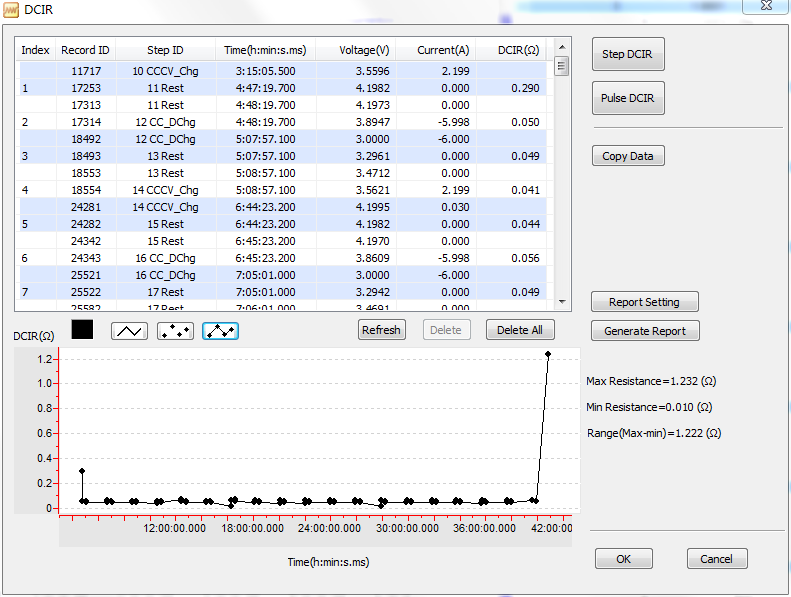 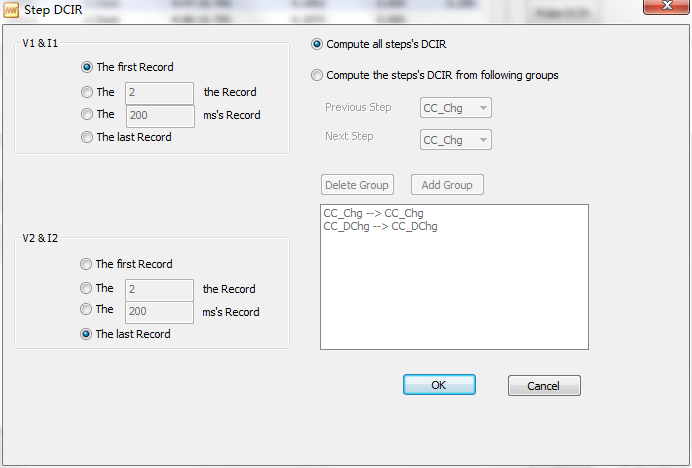 You also step the DCIR by choosing the Pulse DCIR 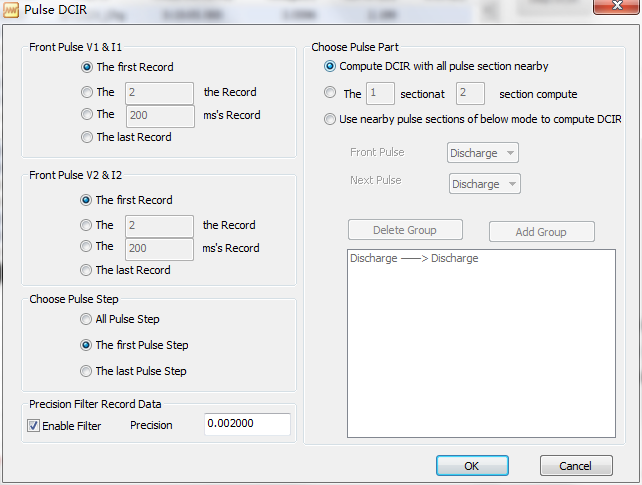